They all had the right of way.

They walked in pairs holding hands, or in little family groups, many holding a walker or baby stroller or dog leash. On this sunny Sunday after days of rain, stuck in town on Memorial Day weekend, they were all over the place. And caught up in conversation, they didn’t monitor the pavement width or social space or anyone around them.

So on every block, I stepped off the sidewalk.
That meant sidling between parked cars and checking for bicycles or traffic, walking down the middle of the street in a wide arc, then stepping back up on the curb. After an hour of deferring space to anyone who belonged to anyone, I stopped on the hilltop and took off my mask for a deep breath, looking up at the overcast gray sky.

The sky looked like life as a Single person; individual quarantine with no Phase 1 in sight. Before, that was chronic low-grade desolate. With orders to stay at home, life got colder. Offices and churches and libraries and stores and coffee shops shut down. Loved ones teamed up with loved ones and went to hunker down together. The rest of us were left outside the collective Ark.

And, that is no license to complain.
Not with other people overcrowded in, some running out of groceries. Spouses self-isolating on separate floors of the house, or scared of abuse or addictions under their roof. Students trying to graduate. Parents trying to home school. Kids going up the wall. ICUs and nursing homes with heartsick relatives locked out and heartsick patients locked in. Mourners in Italy allowed only to shout farewell and blow kisses through the closed back door of the funeral home. Medical staff, meat plant packers, priests sprinkling holy water at freezer trucks. A teacher at a closed school, gloving and gowning and reaching through a plastic partition so she could sterile-hug her little pupils goodbye for good. Small business owners. People in prisons and refugee camps and tent cities. In a sea of planetary suffering, what’s one solo life in a studio apartment? It’s one ocean drop of insulated trouble-free convenience and ease.

It still tastes empty and meaningless.
The thoughts came teaming in that God is off perfecting triple helixes or rings on Saturn or whatever. And out of seven-point-eight billion people, He couldn’t bother sending a single conducive human to team up with me at home to do life with in an alliance of any kind. But it’s supposed to be fine, because after death we’ll see the lovely picture on the right side of the embroidery hoop and shout praise for His master plan. Well, tonight that master plan drew only a couple of choice silent words from me as I put my mask back on and stormed in to the local open-air vegetable stand.

“Hey MARY! Hi!” The owner’s son waved happily. Behind his cash register and mask and gloves, he welcomed me and the other customers to his very own homemade alcohol hand sanitizer, tinctured with herbs and coconut oil. He eagerly pointed out the good-as-new bargains, and the newly arrived seasonal fruits and vegetables just stocked today. As always, he was hauling cart after cart of food, arranging richly colored pyramids of produce, tidying the space, sweeping the floor. He presided over his eclectic music collection, his warm artfully arranged lights of Christmas cheer for covid days, and fresh free coffee and tea. He told us the stories of our purchases as he rang them up, talking with enthusiasm about the small local farms and cottage industries that his father conscientiously seeks out and highlights in the store. As always, he added his usual sage humorous kindly observations about the weather and current events. He even delighted one young woman by admiring the hand stitching in her wallet.
“Mary. Always great to see you,” he said, handing me my receipt.
Gazing at one another over our masks, we were all smiles.

Still beaming after that first social interaction of the day, I stopped and looked at the sky again. Now it was a soft tinted vault of sunset, a cathedral dome so spacious that all my hurt and anger fit in there quite comfortably. It felt then as if plenty of believers must have a whole spectrum of feelings like mine; just part of the whole sentient spectrum of the Body of Christ.

The strolling families had gone home to their supper. The side streets were empty, with only bunny babies and songbirds and squirrels. Soon I was stopping to take pictures of vegetables and flowers. At our apartment complex, at my own little home patch I gathered some kale before heading indoors.

“Excuse me?” A young woman called from the street. She seemed anxious about disturbing me, but urgent about her message. “You’re a retired nun, right?”

Retired nun? “Oh! The convent,” I realized. “Right, I used to live in one.”
“That’s what I’ve heard.” She hesitated, but forged ahead. “And I’m not exactly the most religious kind of person. But see, I’ve got a friend, she’s on my phone earbud right here. She was raised a Catholic. And she has a situation going on right now, it’s serious, and she’s telling me all about it. And then — there you were. Will you pray for her?”
“Pray? I most certainly will! What is your friend’s name?”
“She’s named for Saint Therese.” She spoke into the phone connection. “Yes, I’m talking about you to someone. She’s going to pray.” Back to me. “She says thank you.”
“Tell Therese I have an altar upstairs, and a list of people to pray for. At night I say a decade of the rosary for each one of them.”
“Yes! Like that. Send her a blessing, will you?”
“Right away. And wait, what is your name? I’ll look for you, to find out how she is.”
“Last apartment second courtyard, around the corner.” She gave me her name before saying goodnight. “Thank you. I saw you, and there was this… cosmic connection.”

And to think what kind of person she was asking, and where that person’s religion was only an hour before! Well, there was only one thing to do.

“Rosary!” I called after her. “Right now.”
Gathering up the kale I headed upstairs to put the vegetables away and start the prayers. 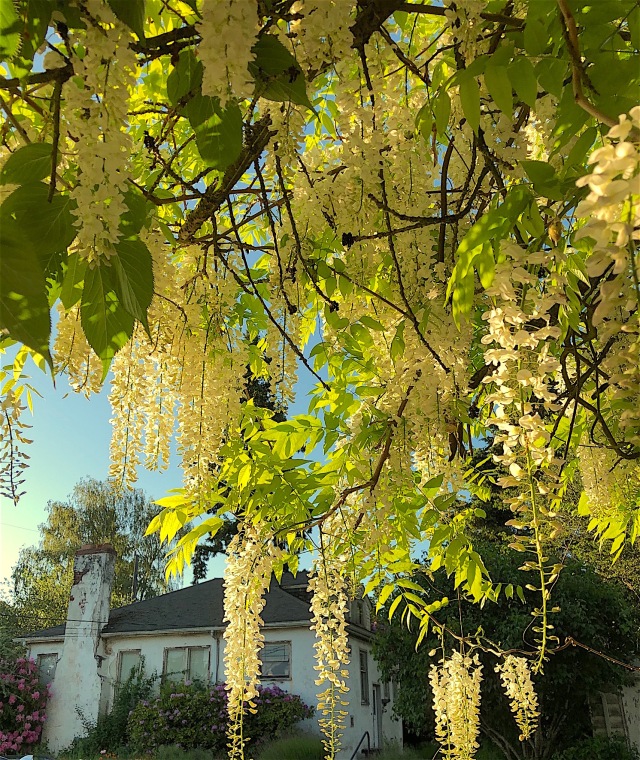 Hello Readers! (= Здравствуйте, Читатели!) The writer lives in the Catholic and Orthodox faiths and the English and Russian languages, working in an archive by day and writing at night. Her walk in the world is normally one human being and one small detail after another. Then she goes home and types about it all until the soup is done.
View all posts by maryangelis →
This entry was posted in Health, Uncategorized and tagged rosary. Bookmark the permalink.

This site uses Akismet to reduce spam. Learn how your comment data is processed.